There are many different traditions that come under the heading of ‘Magic’.  Some of these are Wicca, Gardnarian, Dianic and many more.  Even within these traditions there are different branches.  Each have their way of working and set of beliefs and practices. You may or may not include a religious element within the practice.

In a lot of ways the fundamental point is that that individual practices their beliefs as they choose.  For most forms there is a general set of beliefs and practices (from this you will be drawn to one particular tradition or another) but within this there is room for interpretation for the individual.  Many people who practice magic are solitary i.e. they work alone and may never meet up with others of like mind whilst others will meet up with other solitaries from time to time.  Coming together in this way is not a coven; simply a group of individuals working together.  A coven is a formal group of individuals who choose to work as a group in a more structured and permanent way.

Wicca is probably the first type of magic that people encounter as it is easily accessible and through the tv and other media it has a higher  public awareness.  Such things as Harry Potter, Charmed and Buffy has created an interest in all things magical particularly with younger people. It has to be said that there is a huge difference between the tv and film idea of magic and the actual practice!  But having said that these programmes and films have opened people’s minds to the concept of magic and that there is more to the world than we currently know.

Magic is about working with energy. It is one of many ways to work with energy and is strongly linked with the earth.  Whichever way you work with energy you are essentially using the power of your mind to achieve your ends. The difference is down to the practices, rituals or other method you use to work. 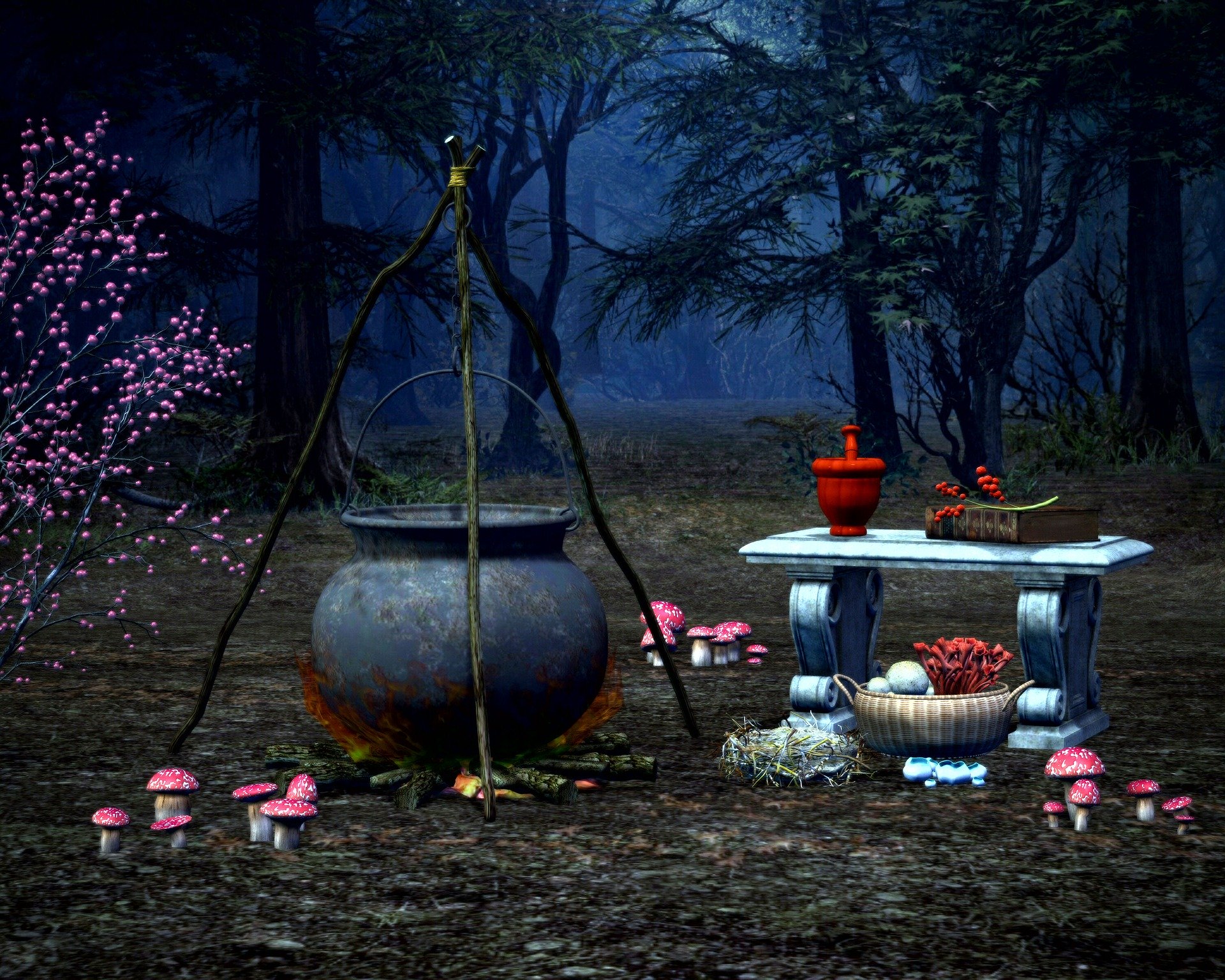 Present day ‘witches’ often follow what can be described as Green or Hedge witchcraft. This is probably the closest to what could be called the original witchcraft.  Green or Hedge witches would have been the wise woman living in the woods who prepared the potions and lotions for the ills of their villages. Many witches who were burned or hung for witchcraft were convicted because of their herbal craft.

Whether or not you follow the religious aspects within the magical traditions there is focus on balance. The source, Creator, or God is viewed as the God and Goddess.  Neither is more than the other both are equal but different. Balance is a theme throughout all things day and night, light and dark, male and female and so on.  There is emphasis on respect for the self and for others.

There is also a large part of the practice that includes divination such as palmistry, crystal ball, tarot, scrying bowl or mirrors, runes and tea leaf reading to name but a few.

The Wheel of the Year features in most earth based practices in some form. This represents the changing seasons and each season is marked  by a ritual relevant to that time of year.  In times past we were all living in tune with the seasons and really this is still important to us now. Knowing the growing seasons and the cycle of grow still applies to our food in exactly the same way.  With the constraints that are beginning to show in food production, the need to consider our Carbon Footprint and so on  we can all help ourselves by growing our own food and getting in touch with the process again.

The Year begins after Samhain (Halloween) so this is the Pagan New Year. Throughout the year there are Sabbats celebrated linked to the positions of the sun and earth, and thirteen moon related Esbats are celebrated.  The dates given will vary slightly year to year and some people will celebrate the stated dates other the actual time according to the exact time the moon changes direction. Over the year there is the progress of the life of the God and Goddess and this parallels the growing season of plants.

These are the moon related phases of the year 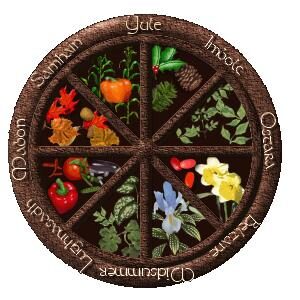 The year follows a pattern known as the Wheel of the Year.

Any cookies that may not be particularly necessary for the website to function and is used specifically to collect user personal data via analytics, ads, other embedded contents are termed as non-necessary cookies. It is mandatory to procure user consent prior to running these cookies on your website.